Man Unjustly Accused 4/21/2017 0 Comments      “Joe” was arrested for Operating a Vehicle Impaired, OVI, on September, 21, 2016, at around ten o’clock in the evening.  Joe said he never drinks, never takes illegal drugs and never abuses prescription drugs. He said he was arrested because he is gay. Three months later, when the Read More

By Kenneth Ortner | Published December 12, 2016 | Posted in Uncategorized | Comments Off on Attorney Ortner successfully defends OVI based on blood draw

Attorney Ortner successfully defends OVI based on blood draw 12/12/2016 Attorney Ortner successfully defended a client charged with Operating a Vehicle Under the Influence (OVI) in Oberlin Municipal Court. The plea agreement stated, “Upon motion of the Prosecutor the charge of OVI is dismissed for the following reasons: The prosecutor represents that he stipulates to Read More 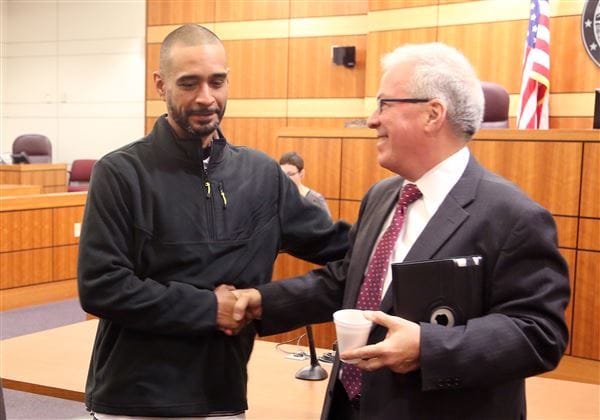 Man suing Lorain police found innocent in assault bench trial 11/22/2016 At Ortner Hanek, we fight for the rights and freedoms of our clients. Justice was done in Mr. Brillon’s case, as he was found Not Guilty of Felonious Assault.  We wish him the very best. ​Click here to read the full article about this case Read More